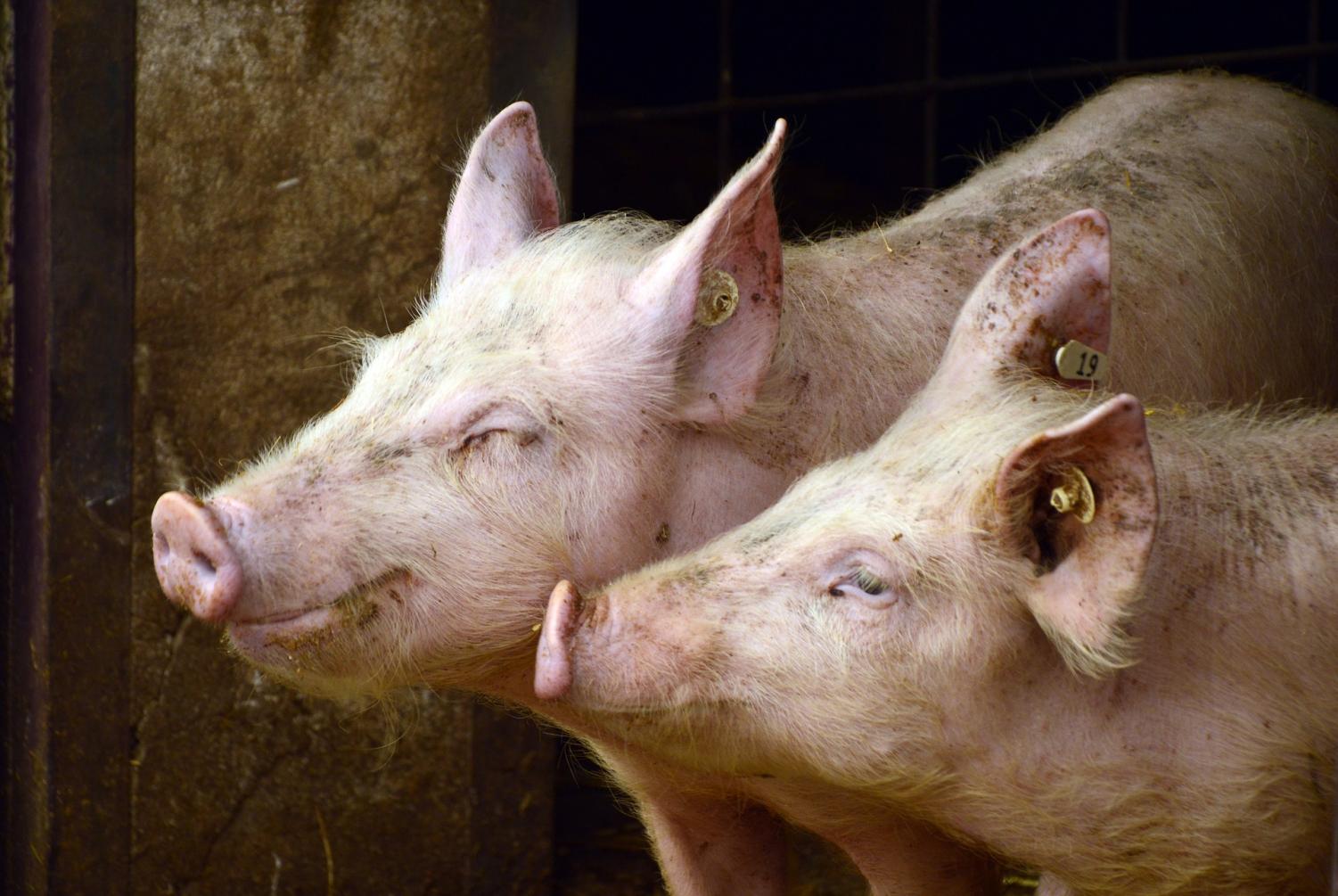 Hogs are raised in crowded spaces called CAFOs. Hog excrements fall through the floor and are disposed of in lagoons. (Photos by Image from Pixabay)

Hogs are raised in crowded spaces called CAFOs. Hog excrements fall through the floor and are disposed of in lagoons.

Photos by Image from Pixabay

Pig poop and political participation: How high schoolers can join the fight to combat environmental racism

This became a familiar cry after the murder of George Floyd, a Black man killed May 2020 by a police officer’s undue use of forceful restraint. This event sparked protests nationwide. However, this was not the first time this phrase was used in defense of the infringed rights of Black Americans.

Much earlier, North Carolinians shouted it in protest of chemical dumping that targeted the environment in a place primarily populated by people of color. The 1982 Warren County protest was the beginning of the ongoing ties between environmental destruction and systemic racism. Today, similar protests still take place as areas with disproportionately Black or indigenous residents take a greater hit to their environments, and are often left undefended against these injustices.

Hog dumping, almost comical in its crudity, is a uniquely North Carolinian problem. The state’s nearly three billion dollar industry creates approximately 15.5 million tons of waste annually. This waste is then dumped in lagoons that are disproportionately located near low-income communities of Black and indigenous populations.

April Jones, an Environmental Science teacher at Athens, said, “Hog farms still use this lagoon method, which is an open-air ‘lake’ of feces and waste. This is how things have always been done and very few advances have been made.”

Research on the impacts of these “factory farms” has found physical and mental health impacts such as chemical inhalation, increased depression and aggression in humans.

“NC has been in the news a lot recently because neighbors of these hog farms have been dealing with the smell for a long time. There have even been stories about neighbors having feces- which is used as fertilizer on farms- sprayed on their houses,” said Jones.

Rene Miller, a Black woman faced with this reality, told the Guardian, “that scent is so bad, you can’t go outside. You can’t go outside and cook anything because the flies and mosquitoes take over.” Miller also has to walk through an area polluted heavily with this scent to pay respect to the grave of a family member. The gravesite is also often desecrated with flies and odors as a result of the carelessly placed lagoon.

Unfortunately, the victims of this situation are also often left powerless to fix it. Voter disenfranchisement, or the reduction of the right to vote, continues to target Black Americans.

“There are really two debates on voter ID; do they target people of color, and do they decrease voter turnout? The first question is confirmed as higher percentages of marginalized groups do not have ID than whites, but turnout is still questionable as [voter ID] might have an effect on mobilizing voters to turn out,” said AP Government teacher, Michael Robbins.

Shelby County v Holder, a 2013 Supreme Court case, rolled back parts of the Voting Rights Act of 1965, allowing many states to enforce restrictions that inhibited certain voters without these restrictions being approved by the federal government. North Carolina is one of many states to exploit this rollback, enforcing laws such as felony disenfranchisement, and photo voter ID. But how exactly do these hurt the communities in question?

“If people aren’t voting who are discriminated against, the systemic issue continues. How many people outside of that group are going to know the effects of that problem?” said Zoe Som, an Athens Drive senior and president of Rhizome, a club focusing on mobilizing youth into civil engagement.

Current laws in North Carolina prohibit those convicted of a felony from voting during and after their incarceration, up until the end of their probation and post-release supervision period.

Forward Justice, an organization with a focus on combating injustice in the South, writes, “Black people are disproportionately impacted by this disenfranchisement. Our expert reports found that although Black people constitute 21% of the voting-age population in North Carolina, they represent 42% of the people disenfranchised while on probation, parole, or post-release supervision.”

Hitchhikers guide to fighting back

What is civil engagement?

Civil engagement is the act of a civilian advocating in the interest of resolving or addressing a public issue. Through voting and other acts, all members of society (yes, high schoolers who can’t vote, that means you too) have a way to get involved in many issues, such as the ones facing North Carolina today.

There is a myriad of small changes that are easy to make in everyday life to fight the issue.

“The biggest way that an individual can combat the environmental impact of CAFOs is to eat less meat and not waste the meat that we do buy. Trying something like ‘Meatless Monday’ is a good first step. We can also shop locally at places like the farmers market where farming is much smaller scale and farmers are raising much fewer animals in more environmentally friendly ways,” said Jones.

However, bigger steps can be taken too, actions that are surprisingly doable for the average high schooler.

The first step to the ability to participate in elections is the ability to vote. In North Carolina, minors may pre-register to vote starting at age 16, ensuring they will be set to vote without hassle upon their 18th birthday.

“While national voting may seem like something where one vote does little, you are still voicing your belief. State and local elections can be won by mere thousands, hundreds, or even tens of votes,” said Robbins.

Did you know? In NC, 17 year olds can vote in primaries if they will be 18 at the time of general eleactions.”

If you can’t vote, be sure to help others register by spreading access to registration sites and information, especially on crowded platforms. However, it is important people are correctly informed on where to register so false forms are not filled out, which is why spreading verified information is important.  Social media activism is activism, too. Learn how to register to vote here.

Keep your friends close, but your politicians closer

When it comes to systemic issues such as this one, groups can often feel powerless against the multi-billion industry causing the problem. However, action is still possible.

“The first step in any policymaking is people are going to tell you to fix this problem and then they’ll work with you to actually create some change,” said Som.

Interest groups are associations with a specific political goal or cause that they advocate for. They use their monetary power and social influence to sway policymaking in their favor.  Civilians with similar goals to these groups can reach out to them and bring attention to issues affecting their point of interest. This allows interest groups to work with politicians to solve such issues.

Additionally, contacting representatives helps them understand the issues of their constituents. Not only is it their responsibility to acknowledge these interests, but it is also in their best interest to do so to garner favor with the public.

Follow this email guide to get your voice heard by the appropriate politicians and interest groups.

Get online, be a “Kids These Days!”

Nearly 20 years ago, NC officials vowed to work with hog farms to find an alternative to waste lagoons, and the hazardous overflows that can follow powerful storms.

It is easy to follow the news when it pops up at your fingertips on platforms like Instagram and Twitter. However, for more local issues such as this one, students often have to take it into their own hands to create that fast-spreading Instagram storm.

“I think it’s a lot of just being loud about it and getting the word out to get that base and that support because you have to prove in some way that there is a problem and a lot of people want a change,” said Som.

Starting Twitter hashtags and sharing posts on the issue are a great way to get the word out so that more people are aware there is even an issue to tackle. Media publicity does a great job amassing support in large numbers so that politicians are forced to deal with a greater hit to their voter base if they chose to look away. 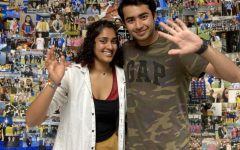 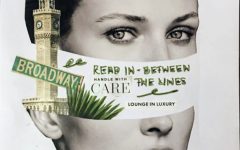 The person behind the picture 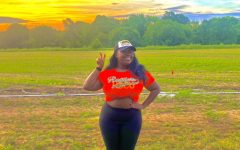 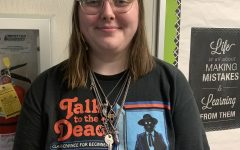 A closer look at Sydney Sammons 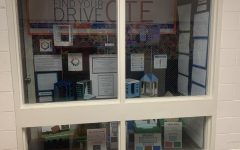