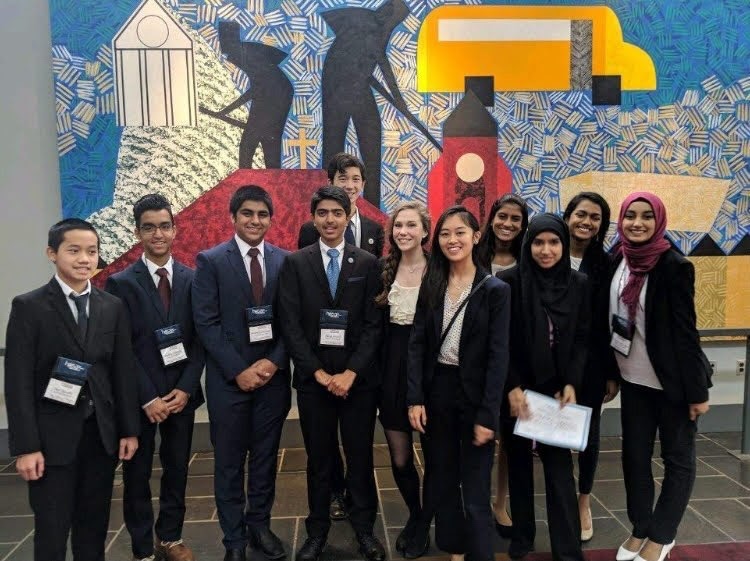 Every March, the Athens Drive club Health Occupation Students of America (HOSA), participates in a conference meet. Due to Covid-19, the North Carolina conference competitions were run virtually this year, but that did not stop five Athens students from placing.

“I am super excited with the growth of our HOSA club at Athens,” said Kristen Worrell, teacher and club advisor. “I feel like we have a great group of student officers and members and that each year we are making more of an impact within the school and our community. The student’s continued success at each of the conferences is also putting Athens Drive HOSA on the map against other schools in Wake County and in the state.”

HOSA members are given the opportunity each year to participate in a regional and a conference competition. Students that choose to participate pick an event to compete in and spend time preparing. Events include tests, essays and in-action competitions. Due to the variations in events, some did not require as much preparation prior to the competition day.

“That whole week was so incredibly busy, but I am lucky that my event didn’t require too much preparation beforehand, so balancing school and the competition was for only a week,” said Maddie Davies, junior.

Davies was one of the students that chose to compete in this year’s competition. Choosing to compete in extemporaneous writing, Davies was given the topic on a Monday and given a deadline the coming Friday to turn it in. Though given only one week to write her paper on “Ethics in HOSA” Davies earned 1st place in the group.

Though the competition was once again different due to Covid-19, students still participated in the same events. Depending on the event, videos were sent of them performing their chosen tasks and awards were announced via the North Carolina HOSA website on a google spreadsheet.

“I’ve competed in states since my sophomore year so I wanted to finish up senior year doing the same. I originally decided to do so because of the HOSA community that I get to be a part of when I compete,” said Bell, senior.

Bell and Zafiruddin spent time creating a video at school in which they performed each EMT-related task that was then sent in for the competition. They also took a test individually. After all of their hard work, they placed 4th in their event.

Though the 2021 state conference competition is over, some might say that it is just the beginning for Athens Drive. Due to their hard work taking them to 1st and 3rd place, Davies and O’Toole have qualified for the International Conference which is to be held in June if they wish to participate.

“I’m definitely looking forward to this event, and I’m really excited to represent Athens at the international level,” said Davies.