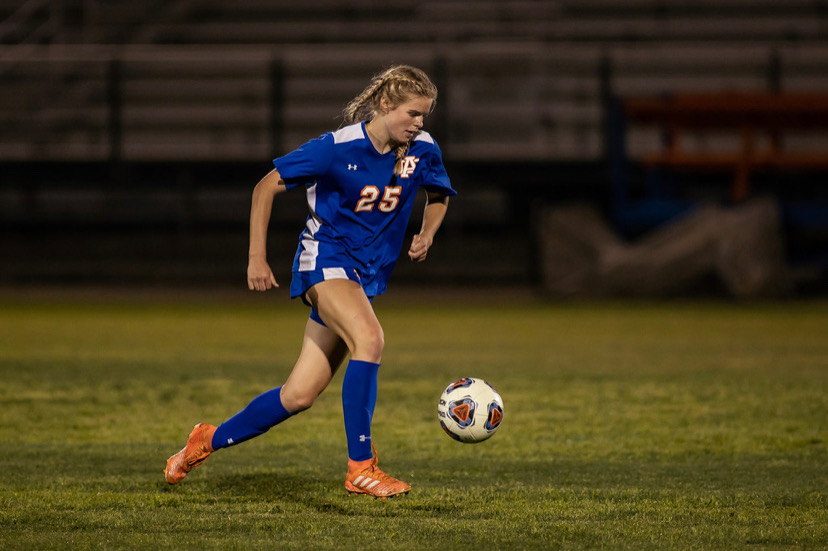 The Athens Drive Women’s soccer team lost in the third round of the NCHSAA 4A Playoffs to Walter Hines Page High School in Greensboro, 2-1. The team won their conference, the Triangle 8, with a record of 11-1-1.

During the close game, Page struck first before a quick equalizer from Athens. Then, shortly before half time, Page High School head coach, Tim Nash, got sent off with a red card for arguing with the referee. It was a chippy game with yellow cards given out to both teams. The eventual winner for Page was from a controversial penalty call due to a foul in the box.

“Our player got hurt in the box and they called a penalty which led to their goal. It was heartbreaking, especially since it was my last game for the team,” said Ashley Lovenduski, senior.

With seven seniors on the team, the team will have to rebuild next year, however key players such as UNC Charlotte commit, Laura Cate Westerbeek, will return next year. However, with conference realignment occurring next year, the lady jags will likely have to face tougher opponents, such as Cardinal Gibbons High School and Broughton High School.