The cycle of police brutality needs to end 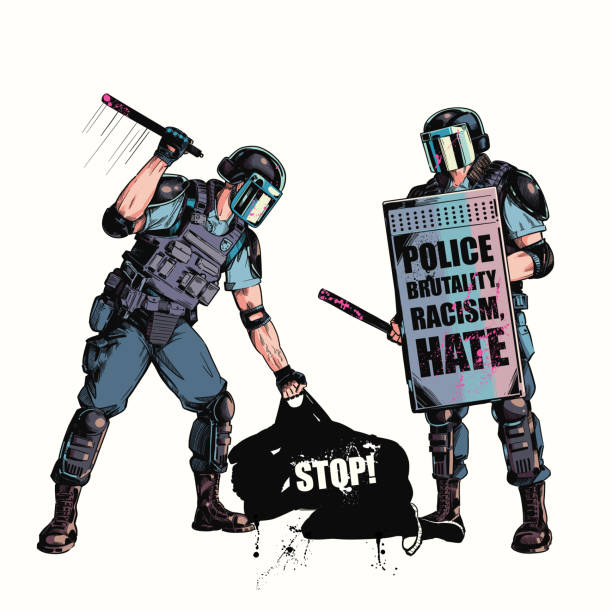 Photos by Courtesy of Getty Images

Police Brutality is a systemic issue that affects all Americans.

George Floyd, a 43-year-old black man, was killed by police outside of a convenience store on the basis of allegations of a counterfeit $20 bill.

Miles away from the courthouse where the trial of George Floyd’s death was being held, Daunte Wright, a 20-year-old black man, was killed by police at a traffic stop.

The news coverage of Daunte Wright’s death was interrupted by the release of a police officer’s body camera footage of the killing of Adam Toledo, a 13-year-old Latino boy.

During this week, alone, Americans have witnessed firsthand the effects of police brutality on a connected community. Video coverage of these stories have flooded the Internet, prompting fresh anger, sadness and grief.

But, how many of these stories were not caught on camera?

Police brutality is an issue that has plagued America since the beginning. It is an ongoing cycle of misconduct, legalized harassment and “justified” murders.

Last year, police officers killed over 1100 people, nearly 30% of which were black and nearly 20% being hispanic. With that said, only 13% of the entire population of America is black, while about 19% is hispanic. There were only 18 days out of the whole year when police officers did not kill someone.

We live in a country where police officers publicly execute civilians on their own terms.

We live in a country where normal, everyday civilians are held to a higher standard than trained police officers.

We live in a country where racism is directly translated to nationalism.

We live in a country where racism is directly translated to nationalism.”

While many Americans have taken to the streets, protesting police brutality and screaming, “black lives matter,” too many Americans have backed law enforcement, countering by screaming “blue lives matter.”
Police officers are only “blue” 40 hours a week. The minorities of America wear their skin 24/7, 365 days a year. They deal with the reality that comes with being a minority in America 24/7, 365 days a year.

It is understandable why many Americans want to protect the concept of America they have always known, but it is only that: a one-sided concept

It is not time to be protecting a corrupt law enforcement system, it is time to protect the Americans who are detrimentally impacted by it.

The law enforcement system is and has always been corrupt. It is not about each individual police officer, but the institution they work under. An institution that has trained officers to kill on the basis of skin color with little to no punishment. It is understandable why they are often seen as the enemy.

Not all cops are bad, but they all “fit the description.” Sound familiar?

Police officers have been racially profiling black and brown Americans, generalizing them according to negative stereotypes, since the day the law enforcement system was instilled. Now that the roles are reversed, people seem to see the issue.

Prejudice towards black and brown people has led to their criminalization, demonization and systemic genocide. Police officers in America today have only experienced a fraction of the cost that comes with being black or brown.

Prejudice towards black and brown people has led to their criminalization, demonization and systemic genocide. Police officers in America today have only experienced a fraction of the cost that comes with being black or brown.”

It is true that police brutality is an issue of a corrupt system, but when it comes down to it, it is always about race. There is a clear distinction in the treatment of civilians by police officers when the civilian is white, compared to when they are black or brown.

Every year, nearly one million people in the United States face the threat of, or use of force by police, with Black and Latino people being disproportionately affected.

When will the cycle end? How many black and brown bodies will be enough?

The truth is, it will never end. Not without a complete societal shift. Police brutality is built into the foundation of this country. The system is not failing Americans, it is doing exactly what it was created to do. If America’s law enforcement system is not deconstructed, torn down with all its racism and prejudice, America will never see better days.

Listen when black and brown people speak. Act on their words. There is too much selfishness and too much ignorance in America. There is not enough compassion and not enough accountability.

It is time for this country to prove what black and brown Americans are worth.

It is time for this country to prove what black and brown Americans are worth.”