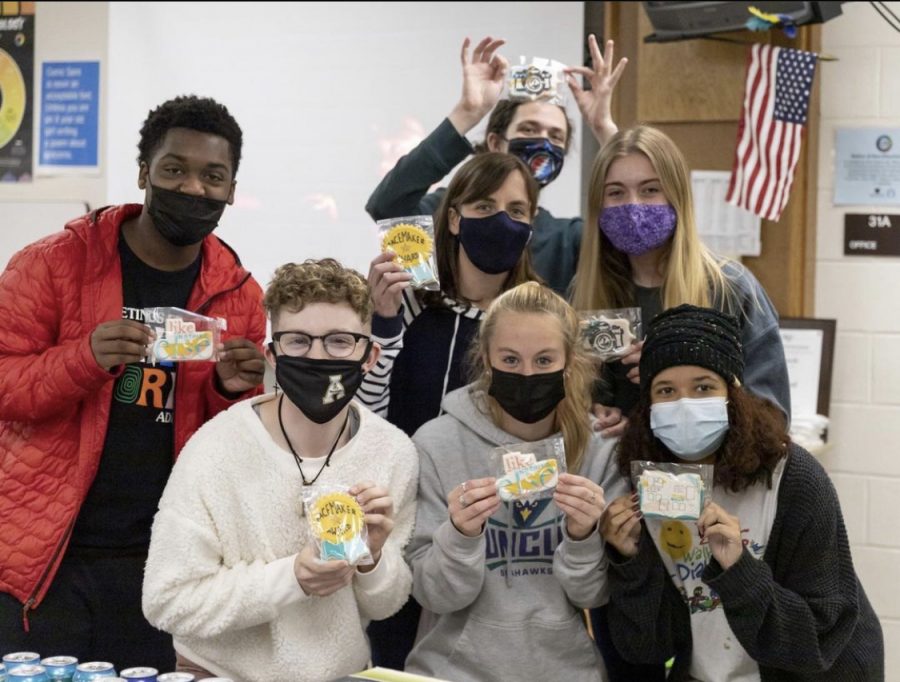 Winning national awards and taking names, The Torch, Athens Drive High School’s yearbook, is setting a standard for journalism and storytelling for high schools everywhere. This spring it was announced that the 2020 Athens yearbook won the 2020 Yearbook Pacemaker Award, the highest national award that a yearbook can win.

“Athens prides itself on the amazing diversity that it has and we worked really hard to capture that in the yearbook. I think that they recognised the effort that went into not only making it look spectacular, but also to best recognise the student body,” said Jacob McCarthy Adams, editor of the yearbook.

The theme of the winning book was “like nothing else.” This was chosen precisely to highlight the uniqueness of Athens and break the mold that high school yearbooks normally fit into. The yearbook team focused on finding moments that were, truly, like nothing else and delving deeper into these topics, covering more than the surface level.

“I think last year’s book was truly like nothing else, which funnily enough was our theme of the book as well. When looking at the difference between that book and the ones of the past years you can see the improvement and growth which I think brought us this award. I also think that this specific staff as well as our amazing editors Sarah and Jacob were a big cause to why we won,” said Peyton Joyner, editor.

This meant covering the behind-the-scenes of Athens traditional and non-traditional sports (chess, gymnastics, etc.); honing in on the school’s diversity with spreads on females in weightlifting, the Special Education Cup of Jag program, etc.; and highlighting Athens’ STEM roots and how the students are nurtured in and out of the classroom.

“The yearbook team is a big commitment, and anyone who’s seen us always knows we’re working knee deep on something; we do that because we’re all committed and passionate about making the book or whatever we design successful, I think that’s what separates us from the herd,” said McCarthy Adams.

The Torch is one of the only Wake County school yearbooks to be built from scratch, instead of following design templates. Additionally, the yearbook team has spent years analyzing the Pacemaker award winners, in hopes to one day conceive a theme worthy of such a title. Clearly, their idea to break away from the pack while still incorporating inspiration from previous winners paid off, making them not just the only school in Wake County to be nominated for the Pacemaker award, but the lone winner! As widely recognized as that award is, McCarthy Adams expresses his excitement and awestruck saying, “It feels like getting your own Pulitzer!”

“My favorite part is probably being able to have a constant reliable team of friends to call on for anything. We spend so much time with each other, and always check in on how we’re all feeling mentally and physically, just to make sure that we’re all okay. It’s really awesome to know that we always have each other,” said McCarthy Adams.

Elizabeth Luna, Yearbook teacher and advisor, has created a total of ten yearbooks in her ten years at Athens. Her class is run as a collaborative environment, the classmates being just as much a part of the team as Luna herself. She describes the setting as “more like a creative studio, debating ideas, listening to actions suggestions and establishing purpose and concepts that carry through the book.”

“Without Luna none of this would have happened. She does so much for this book that it honestly astonishes me how she can do this and then care for her children among other things as well. I joke about it in yearbook how I want to be Luna when I grow up but honestly I’m serious about it because she is so inspiring in all that she does,” said Joyner.

Wearing their gold medal with pride and honor, The Torch shows no signs of slowing down. After COVID-19, the yearbook’s job in providing memorabilia and enhancing the voices of Athens student body has never been more important.

“We plan on continuing to do what we’re doing now, sticking to hard work, great ideas, and making sure not to drive Luna too crazy. I believe The Torch is always going to make amazing work and continue to strive for success in the coming years, making sure to always capture the best side of Athens,” said McCarthy Adams.