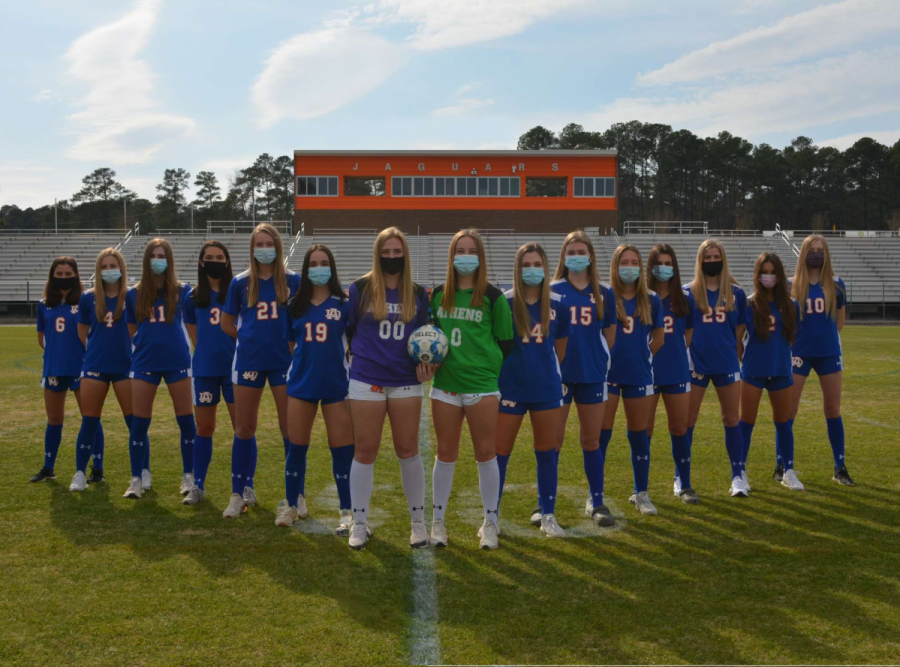 After having an outstanding season going 11-0-1, the Women’s Varsity soccer team qualified for the NCHSAA playoffs. In the first round they played a low scoring, defensive game and came out with a 1-0 victory against West Forsyth May 3, in front of the home crowd.

Ryan Markley, junior scored a freekick during the first half to secure a goal for the Lady Jags. A hard fought game secured them a place in the second round of playoffs against a team that will be announced later this week.

“I am extremely happy that we beat [Forsyth] because this is the first time we made it past the first round of playoffs in seven years. We have very good team chemistry and as long as we play smart we can make it far,” said Ashley Lovenduski, senior.