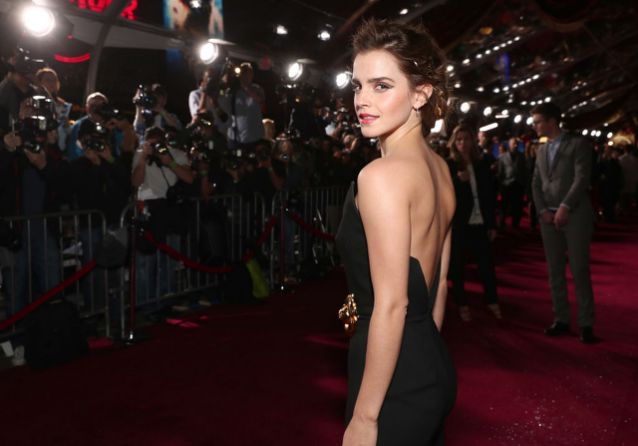 From Harry Potter‘s Hermione Granger to Beauty and the Beast’s Belle, Emma Watson has undoubtedly made herself a household name for several generations. This explains the outcry that occurred on social media recently, as millions of heartbroken fans reeled after a statement made public by Watson’s agent alluded towards her near 20-year-long career coming to an end. This rumor has since been proven out of proportion, meaning her acting may continue on, but nevertheless, many people have been left wondering what if?

“I thought it kind of made sense for her. She is such an activist and has so many other projects for ethics, sustainability and human rights that I thought good for her. Plus I knew her Instagram was down,” said Leila Elmore, senior.

Beyond bringing many a comfort-characters to the big screen, Watson dedicates a large portion of her time and effort into activism — specifically women’s rights. In 2014, Watson was appointed UN Goodwill Women Ambassador and launched HeForShe, a solidarity movement for gender equality. And in 2016, she established her feminist book club, Our Shared Shelves.

“I admire Emma Watson’s passion the most because she is so enthusiastic about everything she does and follows her heart. She is one of my favorite actresses and I am also happy for her no matter what because I know she’ll do the right thing for herself,” said Lauren Evancho, senior.

Amidst all her activism work, though, she was acting – just as she has been doing since the age of 10. In recent years, she held roles in The Perks of Being a Wallflowers, Little Women and many more. She has lived this double life – actor by day, activist by night – for years, which made the rumor of her retiring that much more convincing.

“I do think the rumors are true because it makes sense she would want a break as her entire childhood was focused on acting,” said Evancho.

The response that came from her assumed retiring was quickly silenced when Watson’s agent clarified that her comment of “dormancy” was directed towards her social media, not her career. Still, fans everywhere have been left scarred from the situation. Some are now issuing many thanks to the universe for it simply being a false alarm, but there are others questioning, now able to see the situation from a new perspective, if that was actually a smart move for her busy lifestyle.

“I definitely think it is up to the individual situation, and if she wanted to move on to other things and felt acting was fulfilled, that’s perfect. Acting is all about stories to tell, and if someone feels like they have told everything they have, then good for them,” said Elmore.