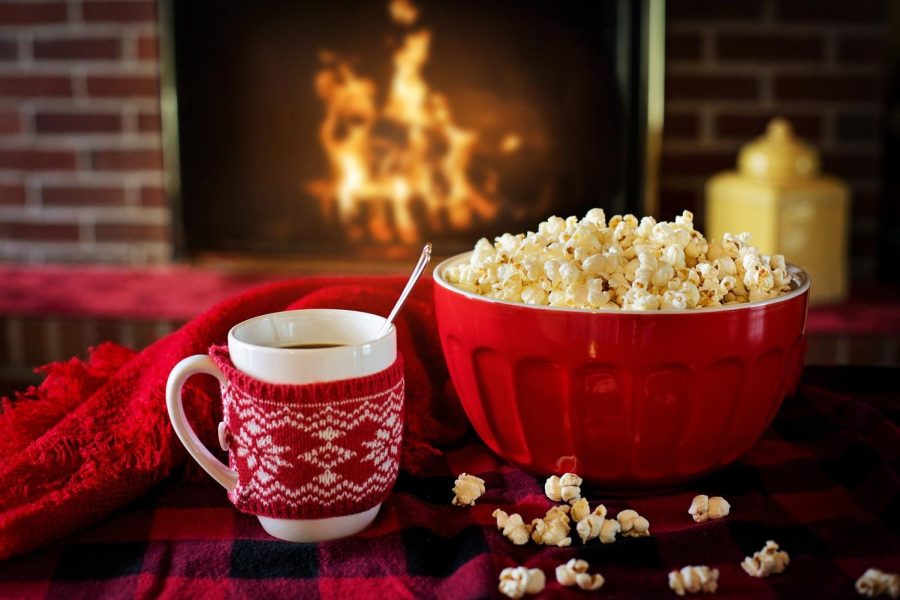 It is November and it seems that during this quarantine, people are already preparing for Christmas, and what goes great with the fun of Christmas? Christmas movies! This is the top 10 favorite Christmas movies of 2020.

Based on an Instagram poll, the number one best Christmas movie chosen is ‘The Santa Clause’ (1994). This family comedy movie is about a divorced dad named Scott Calvin who has custody of his son, Charlie, on Christmas Eve. After he accidentally causes the death of Santa, they are magically transported to the North Pole, where an elf explains that Scott must take Santa’s place before the next Christmas arrives.

Christmas movie number two is ‘Christmas with the Kranks’ (2004). This comedy is about Luther and Nora Krank, who are planning to scratch the Christmas traditions and take a cruise in the Caribbean instead. This does not sit well with their Christmas-obsessed neighbors Vic Frohmeyer and Walt Scheel, who are determined to win the annual “best decorated street” competition, and the Kranks soon find themselves social outcasts because of their lack of Christmas spirit.

The next Christmas movie is ‘Home Alone’ (1990). This movie is an incredibly popular classic that is a favorite for many people. This family comedy movie is about a bratty 8-year-old Kevin McCallister who acts out the night before a family trip to Paris, and as a result of his tantrum, his mother makes him sleep in the attic. After the McCallisters mistakenly leave for the airport without Kevin, he awakens to an empty house and assumes his wish to have no family has come true. His excitement sours when he realizes that two con men plan to rob the McCallister residence and that he alone must protect the family home.

The fourth Christmas movie is ‘Elf’ (2003) starring Will Ferrell. This family comedy movie is about an elf named Buddy who was accidentally transported to the North Pole as a toddler and raised to adulthood among Santa’s elves. Unable to shake the feeling that he does not fit in, the adult Buddy travels to New York, in full elf uniform, in search of his real father. As it happens, this is Walter Hobbs, a cynical businessman. After a DNA test proves this, Walter reluctantly attempts to start a relationship with the childlike Buddy with increasingly chaotic results.

Christmas movie number five is ‘The Nightmare Before Christmas’ (1993). This animation is about the misadventures of Jack Skellington, Halloweentown’s beloved pumpkin king, who has become bored with the same annual routine of frightening people in the “real world.” When Jack accidentally stumbles on Christmastown, all bright colors and warm spirits, he gets a new lease on life — he plots to bring Christmas under his control by kidnapping Santa Claus and taking over the role. But Jack soon discovers even the best-laid plans of mice and skeleton men can go seriously awry.

Moving onto movie number six is ‘Frosty the Snowman’ (1969). This family animation is about a discarded magic top hat brings to life the snowman that a group of children made, until a magician, professor Hinkle, wants it back, and the temperature starts to rise. Frosty will melt or no longer be a jolly soul if the kids cannot get him away from Hinkle and warm weather, so he hops a train to the North Pole with young Karen.

Movie number seven is the 2004 family animation, ‘The Polar Express’. This movie is an inspiring adventure based on the beloved children’s book by Chris Van Allsburg. When a doubting young boy takes an extraordinary train ride to the North Pole, he embarks on a journey of self-discovery that shows him that the wonder of life never fades for those who believe.

Christmas movie number eight is the one and only classic 1964 animation, ‘Rudolf the Red-Nosed Reindeer’. This is the story of a reindeer with an abnormally large, shiny red nose who gets teased by the other black-nosed reindeer. But on a foggy Christmas Eve, Santa realizes Rudolph’s glowing snout is the beacon he needs so that he can deliver presents to children on time.

Movie number nine is a fun family movie starring Jim Carrey, the 2000 version of ‘How the Grinch Stole Christmas’. In this live-action adaptation of the beloved children’s tale by Dr. Seuss, the reclusive green Grinch decides to ruin Christmas for the cheery citizens of Whoville. Reluctantly joined by his hapless dog, Max, the Grinch comes down from his mountaintop home and sneaks into town to swipe everything holiday-related from the Whos. However, the bitter grump finds a hitch in his plans when he encounters the endearing Cindy Lou Who.

Last but not least, movie number ten, this is a 1989 comedy, slapstick movie, the one and only ‘National Lampoon’s Christmas Vacation’. As the holidays approach, Clark Griswold wants to have a perfect family Christmas, so he pesters his wife, Ellen, and children, as he tries to make sure everything is in line, including the tree and house decorations. However, things go awry quickly. His country cousin, Eddie, and his family show up unplanned and start living in their camper on the Griswold property. Even worse, Clark’s employers renege on the holiday bonus he needs.

Put up your Christmas tree, hang up your stocking, and put on some cozy Christmas pajamas, and settle in to watch some Christmas movies because it is almost Christmas. Merry Christmas everyone!