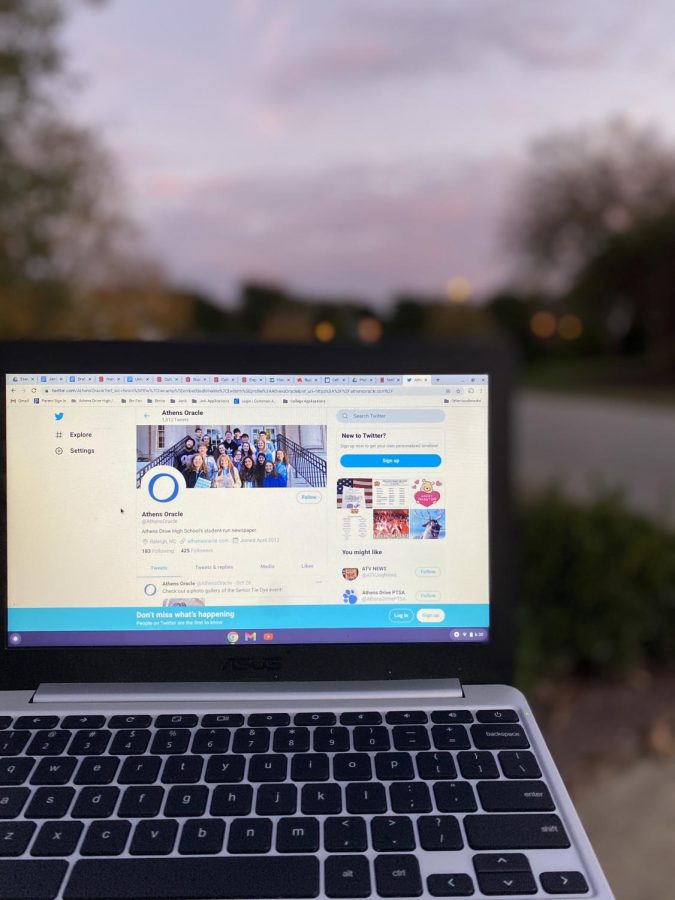 According to Statista, over 353 million people worldwide actively use Twitter as of January 2021.

For many people, the first greeting in the morning and the last goodnight before bed are spoken by none other than the networking apps on their phone: social media. However, Netflix’s new documentary “The Social Dilemma” has renewed the discussion about the risks of social media by emphasizing how large social media companies use algorithms to target a user’s interests and foster social media addiction. While networks such as Instagram, Twitter and TikTok have several benefits, students should remain informed of the dark dangers behind these apps.

“The Social Dilemma” discusses how social media companies make a profit by selling their user’s attention as a product to advertisers. In order to do so, they exploit individuals’ interests — gathered from the posts that they like, repost, save and comment on — by continually presenting posts that specifically appeal to them. With every new post, like or reply, the user is also supplied with dopamine, a feel-good neurotransmitter that is released as part of the brain’s reward system, and keeps people scrolling through their feed. Eventually, it becomes an instinct to turn to social media whenever one begins to feel down or bored, thus generating an addiction.

The dangers associated with social media addiction are not trivial for adolescents. The longer individuals spend on social media, the more they will be subject to the algorithms that control their personalized feeds. In turn, this creates an internet echo chamber, in which users are repeatedly presented with information that reinforces their own opinions and rarely encounter other perspectives.

Echo chambers fuel polarization across the country. When people are continually exposed to their own point of view, they are confined to one side of a story. These echo chambers can lead young minds to view the world as a place where their perceptions are constantly renewed, thus strengthening contention over divisive political issues. Recognizing how social media bolsters political views and can hinder a holistic review of an issue is crucial if society wants to develop its own opinions, rather than an algorithm’s. Especially in the age of COVID-19 and the election, the public must examine more than just their feeds when forming their political attitudes.

Furthermore, because social media does not gatekeep its posts, echo chambers also spread misinformation due to confirmation bias: the tendency to favor information that supports one’s own beliefs. Confirmation bias often prompts people to promote a false finding that fits their own opinions, without fact checking the information first. In fact, a 2017 MIT study regarding rumors on social media found that it took six times as long for a truth to be received by 1500 people than a falsehood. The implications of this study are clearly frightening; algorithms will continue to share posts deemed popular, regardless of its truth, in order to keep more users engaged and influenced by their apps.

However, echo chambers are not exclusive to news or politics. Algorithms take notice of every user’s interests — which for many adolescents include influencers and celebrities — and provides them with posts of other, generally famous, people who put their lifestyle on display. These posts frequently cause teenagers to compare themselves to the people on their feeds, assuming that everyone else looks or acts a certain way.

Of course, a person’s online persona is not an accurate vision of who they are in real life, but for many teenagers — especially girls who already struggle with physical insecurities — this can be extremely detrimental. Social media often circulates posts of girls with unrealistic or photoshopped photos, which can lead to lower self worth, impractical body expectations and a negative self image for young viewers.

New studies also suggest that social media browsing has led to a massive increase in feelings of depression, suicide and self harm in teenagers. After research was published by the American Psychological Association, NBC News revealed that “symptoms consistent with major depression in the last 12 months increased 52% in adolescents from 2005 to 2017 and 63 percent in young adults age[d] 18 to 25 from 2009 to 2017.” They also reported that the number of adolescents with suicidal thoughts has increased 47% from 2008 to 2017. Additionally, a study by University of Manchester and Keele University found a 68% increase in the rates of self-harm among 13 to 16 year old girls since 2011. While these reports of psychological distress cannot be directly linked to social media, their correlation is obvious: they skyrocketed after the emergence of social networks in 2011.

Granted, social media can have countless benefits, including expanding communication, increasing self expression and reducing feelings of isolation. However, staying conscious of social media’s algorithms and curated posts can help keep reality in perspective and combat negative or depressive feelings.

To do so, students should consistently seek information from multiple sources, remember that social media is not an accurate representation of society, follow people with varying perspectives and acknowledge that even if something feels right, that does not mean it is true. Additionally, as social media networks continue to develop, it is imperative to remain aware that its companies make a profit off of each user’s attention and that algorithms have more influence than what meets the eye.