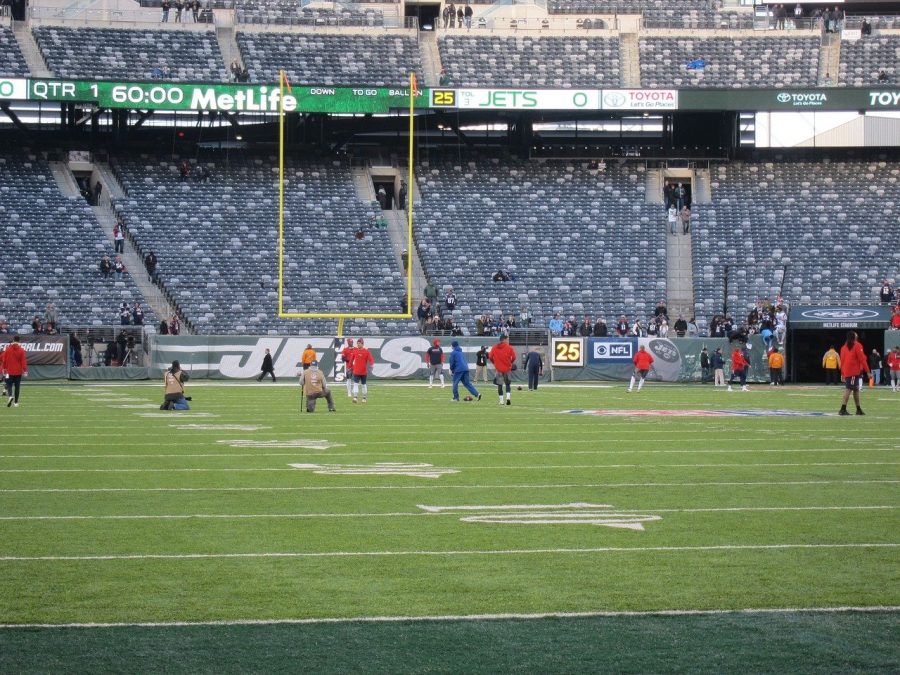 The NFL is back and has seen plenty of excitement through the first four weeks. Unfortunately, many star players such as New York Giants running back Saquon Barkley and Carolina Panthers running back Christian McCaffery have suffered long-term injuries. The NFL needs to put more rules in place for player protection.

“I feel like a limited training camp and preseason has contributed to the injuries we are seeing this season,” said Thomas Phillips, athletic trainer and sports medicine teacher.

The NFL shortened their preseason, which normally begins in mid-July and consists of minicamps as well as 4 weeks of preseason games, to just a 48 day minicamp, with only 27 days of full contact practice. This left players extremely unconditioned for the beginning of the season.

The NFL has been criticized for player protection in the past, especially in recent years regarding Chronic Traumatic Encephalopathy (CTE). This year however, lower body injuries have affected every team in the league. As of week 2, there are over 20 players sitting out with ACL injuries alone. This has brought more attention to player protection, yet for many injuries, there is no solution.

“There is little to nothing you can do to reduce some injuries. Injuries are a part of sports, and what I mean by that is there will always be a risk…contact ACL tears are contributed by someone falling or hitting your leg,” said Philips.

While there is little that can be done about contact injuries, there has been a spike in the number of major contact injuries this season. One game in particular has stood out. In the week two matchup between the San Francisco 49ers and the New York Giants, the 49ers lost six players including quarterback Jimmy Garappolo, running back Raheem Mostert, and star defensive end Nick Bosa, to injuries that have been blamed on the turf field. Statistically, players have a 38% higher chance of injuring themselves in noncontact plays than on normal grass. The field has passed its inspection, but players and coaches are still skeptical.

“I know our players talked about it the entire game. Just how sticky the turf was. That was the first time people played on it, I think. It was something our guys were concerned about right away. And the results definitely made that a lot stronger,” said Kyle Shanahan, head coach of the 49ers, to New York Daily News.

The NFL has also considered adding rules that promote the safety of players. Adding rules that increase the penalties on dangerous and unnecessary plays and decreasing the amount of contact both seem like feasible ideas. However, if the NFL decides to institute new rules, they could risk losing much of their audience.

“If they continue to add more rules, it won’t be the football that people want to see. Injuries are inevitable and rules can only be added up to a certain point, so as fans we have to accept that it is part of the game, and players have to be willing to take that risk,” said Mason Dancausse, sophomore.

“I believe steps they can take is to make sure all athletes are equipped and are properly conditioned before the season starts,” said Philips.

As the NFL season continues, there will continue to be injuries. It is apparent that teams did not have enough time to prepare for the season, especially following the uncertainty relating to the coronavirus outbreak. Such injuries have brought focus to the protection of players, but in the NFL the risk for injury is understood. While it is unlikely there will be any major rule changes in the upcoming season, many fans agree that the NFL can look into extending the preseason in order to promote player safety.