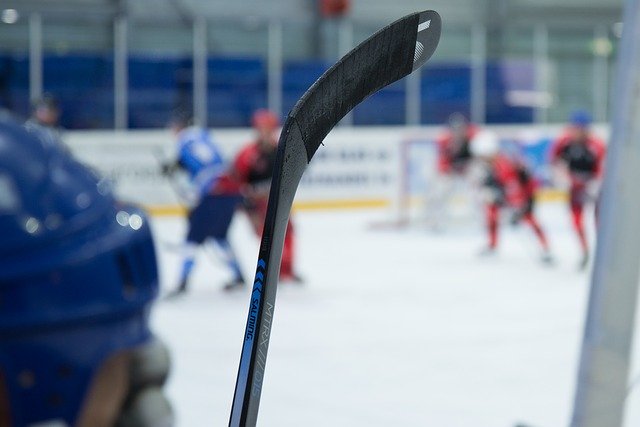 The Carolina Hurricanes recently finished their 2020 campaign in the first round of the playoffs with a 4-1 series loss to the Boston Bruins. While it was early in the playoffs, the loss still shows a bright future.

“I am hopeful that when we get back to normal life they will go far. I think not having the crowd at the PNC arena during the playoffs really hurt us in the end,” said Scott Maxwell, math teacher at Athens Drive.

The future of the Hurricanes is bright, especially with the influx of young talent acquired over the previous five years. Specifically, two young stars stand out, Sebastian Aho and Andrei Svechnikov. Aho led the team with 38 goals and 28 assists in the 2019-20 season. Svechnikov also added another 24 goals and 37 assists.

“Him [Svechnikov] and Aho make being a fan a lot of fun!  Svech is so talented and can only get better,” said Maxwell.

While Svechnikov’s point tallies are impressive, his offensive play is changing the way the game is played. Svechnikov scored a one-of-a-kind goal Oct. 29 that has become known as a “lacrosse goal.” Plays like this make the Hurricanes an unpredictable team and have unified their fanbase.

The Hurricanes started this season as one of the strongest in the NHL, being ranked as the No. 1 defensive group beginning the season, but fell to only average midseason, with injuries to Brett Pesce and Dougie Hamiliton being a major factor. It was obvious that changes needed to be made. They came in the form of the midseason acquisitions of Brady Skjei, Sami Vatanen and Vincent Trocheck, and the return of previous captain Justin Williams.

“Even though Justin Williams is a great leader, I think that there are many more players that will step up and lead the team after he is gone,” said Addyson Gilpatrick, senior.

As Williams continues to age, new players such as defensive anchor Jaccob Slavin must step up. The Hurricanes, one of the youngest teams in the league, have plenty of players capable of stepping up.

With a strong defense and an offense that is quickly improving, the goaltenders at the Hurricanes are also decently strong. Petr Mrazek and James Reimer split games at goalie. While both are veteran goalkeepers in the NHL, neither has had a breakout season.

“I don’t think our goaltending is awful, I would just like for one of the two guys to have an amazing season,” said Maxwell.

One of the biggest areas of improvement for the Hurricanes is their power play offense. Scoring on only 13.8 percent of power plays in the postseason, it is evident that this is an area for improvement.

“This community has really gotten behind this team,” said Maxwell.