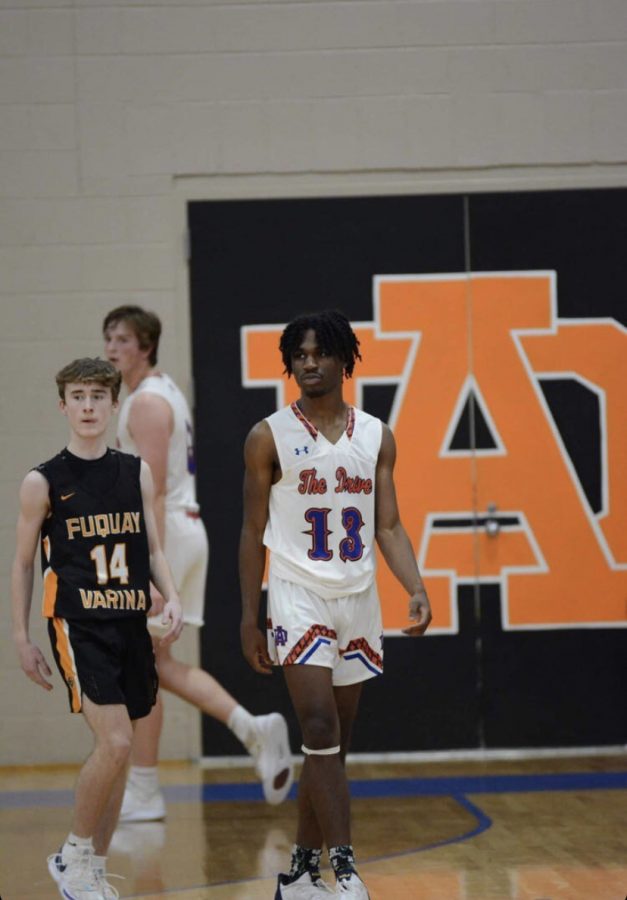 Finishing last year by winning their conference, the Triangle-6, the Athens Drive mens varsity basketball team is looking to repeat the feat. Concluding the season with a record of 18-8, best in the division. They ended the year ranked 53rd in the state, and eventually lost to Pinecrest High School in the second round of the playoffs.

“We lost eight players from last season including two players playing for Division 1 college teams. I think trying to replicate anything from last year is foolish and unfair to this year’s team. Our success this year needs to be defined by who we currently are not what we once were,” said William St. John, head coach of the men’s varsity basketball team.

After having a first round bye, they lost in the playoffs they fell short to Pinecrest 54-42. Pinecrest lost in the next round to the eventual state champions last year, South Central High School from Winterville.

They are mostly restarting this year, after most players left last year. The team consists of five seniors, four juniors, three sophomores and one freshman. Their goal this year is to mostly see how much they can improve as a team together.

“We have some good individual players. We just need to figure out how everyone can contribute to the team’s success,” said St. John.

Head coach Robbie St. John has been the coach since the 2015-2016 season. He has coached the team to an overall record of 63-46. He improved off of the previous coach who went 0-23 during his last season.

“I think Coach St. John has done wonders for this program. He’s definitely pushed the players to do their best and improve as much as they can,” said Morgan.

“I personally think it’ll be a so-so year for them. I think they’ll win some lose some,” said Eric Morgan, sophomore.

They will end the season with a rivalry game against Cary High School Feb. 14. The rivalry has been neck and neck in past years, with Cary winning 14 games and Athens winning 11. Last year they split the series 1-1.

This year’s team is led this year by seniors AJ Thompson and Brandon Poggioli. Thompson has been on varsity since his sophomore year and is leading the team with 14.3 points per game. With the second most points, Poggioli is averaging nine points per game.