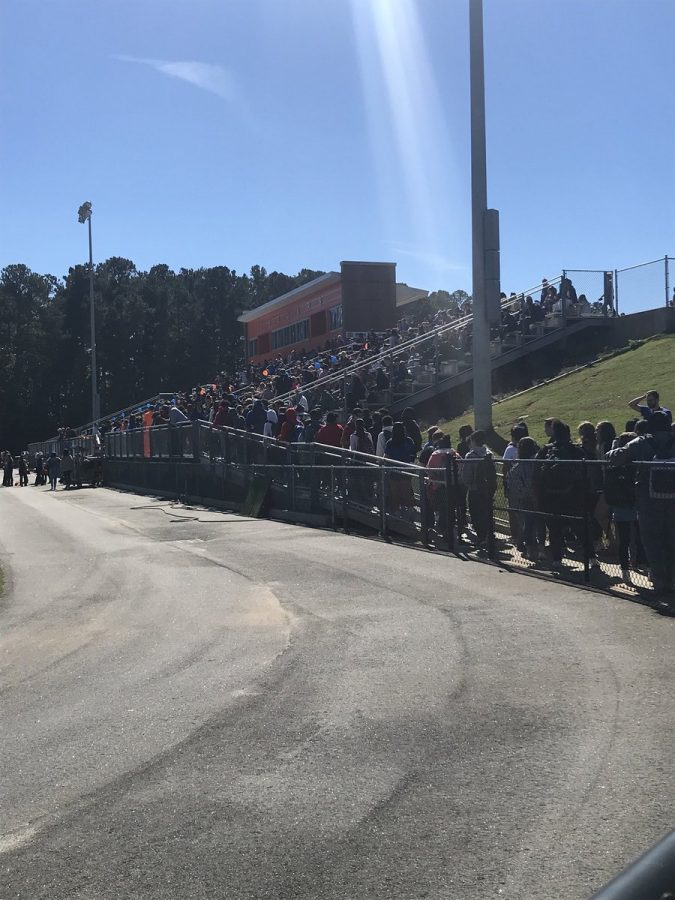 Different sports had performances and also ran out onto the field after being announced by speakers Carson Gronbach and Caroline Post. The dance team, cheerleading team, color guard and marching band all performed on the football field during the pep rally, electrifying the crowd.

“The pep rally demonstrates the rich traditions alive at Athens Drive.  It showcases the athletes, the student leaders, the performance artists and the Jaguar community.  The energy is a positive way to transition to a new season,” said Marsha Covert, English teacher.

Along with the pep rally, the homecoming football game was also a big hit. Students from throughout the school showed up to support their Jaguars against the Green Hope Falcons. The Friday night game ended to the final score of 42-27.

“I really enjoyed seeing my friends for the last game, eating food and watching Athens play football. I’ll really miss what I had to look forward to most Friday’s,” said Daniel Shoaf, sophomore.

Not only was the pep rally and homecoming game a source of entertainment, it was also a time for students to interact with each other carefree. The student section was buzzing with excitement, as fans cheered on their Athens Drive Jaguars.

“The homecoming game and pep rally were really fun and it was really good being able to see my friends and talk to them. I also really enjoyed the events at the pep rally and being able to support our football team,” said Sam Bost, sophomore.